In this daily article we read on This product cannot be named sausage and must be called ‘imitation of a sausage product. Here is the article below: 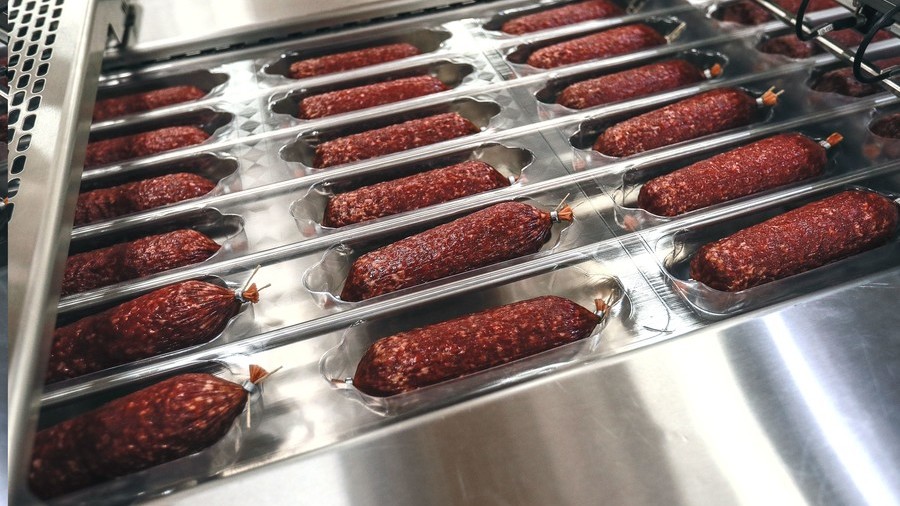 A Russian lawmaker has proposed banning the naming of foodstuffs made with excessive artificial components after traditional products such as “sausage” or “lemonade.”

MP Vitaly Milonov of the majority United Russia party addressed the Minister of Industry and Trade Denis Manturov in an open letter, insisting the state must toughen rules on product naming in the food industry to prevent false advertising and cheating of customers by dishonest producers. Milonov said the situation involving processed meats and soft drinks was especially serious.

The MP claimed that Russian stores were offering customers “processed meat products” that have no relation to actual meat and suggested that producers and retailers were deliberately cheating customers through product naming. Another sector where the situation is especially serious is the soft drink and fruit juice industry with “stores overstocked with various imported brands of drinks that are pure chemically-synthesized products that inflict heavy damage to human health at any age,” Milonov wrote.

To rectify the situation, the government must introduce new, stricter rules on product naming, the lawmaker said. “It would be logical to impose a ban on names of foodstuffs that can potentially mislead customers. If some so-called sausage has less than 50 percent of meat in it, this product cannot be named sausage and must be called ‘imitation of a sausage product,’ he wrote.

“It is not correct when a cocktail of harmful chemicals is called lemonade. This product should also be named in line with its composition – a chemically synthesized drink – and we must mention the possible harmful effects of such drinks on their labels.” Milonov stated.

On Monday Chair of the Russian National Union of Meat Processing Enterprises Tatiana Larina, told the Iz.ru news site that she would like to thank Milonov for attracting the public’s attention to an important problem, but added that Russian law already contained restrictions similar to the ones proposed. She added that producers who named and marked their goods in accordance with the law were perfectly honest with customers.

Russian lawmakers have previously proposed to restrict the sales of potentially-harmful foods, especially the so-called junk food promoted by major international corporations. In mid-2015 United Russia MPs said that they had prepared amendments to the Laws on Advertising that would designate fast food and alcohol ads as equal. This in turn, it was suggested, would make it easier to promote the apparently healthy “national foods.” At about the same time, Russian Communist MPs sought the introduction of an additional tax on sugary drinks, citing concerns over national health.

So I hoped you like the article - the original link is: https://www.rt.com/politics/435818-product-chemical-synthesis-russian/