Cereal killers: Monsanto weedkiller that can ‘probably’ cause cancer found in children’s breakfasts 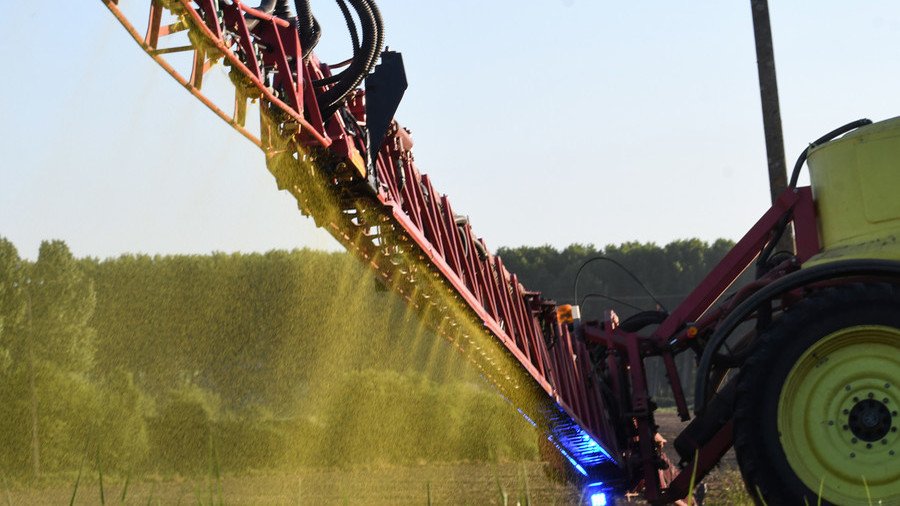 A hearty bowl of oatmeal is a healthy way to start your day, but according to a new study, that bowl of oatmeal can contain dangerous levels of glyphosate, a weed-killing chemical linked to cancer.

The study, carried out by the non-profit Environmental Working Group, found that 43 out of 45 popular breakfast cereals tested in three locations in the US contained traces of glyphosate. 31 of these contained dangerously high levels of the chemical.

Glyphosate is the active ingredient in Roundup, a weedkiller manufactured by Monsanto. Roundup is the most popular weedkiller in the US, and last week a court in California ordered the company to pay $39 million in compensation and $250 million in punitive damages to a school groundskeeper who developed non-Hodgkin’s lymphoma after years of using Roundup at work.

The World Health Organization’s cancer research agency classified glyphosate as “probably carcinogenic to humans” in 2015. In the US, the Environmental Protection Agency (EPA) labeled glyphosate a carcinogen in 1985, but reversed its position in 1991. In 2017, California listed glyphosate in its Proposition 65 registry of chemicals known to cause cancer.

The cereals tested weren’t all lurid-colored Lucky Charms or sugar-crusted Frosties, but oat-based ‘healthy’ choices. The high levels of glyphosate came from the oats themselves.

The highest levels were found in Quaker Old Fashioned Oats - 1,000 parts per billion (ppb) of glyphosate. The EWG calculated levels above 160 ppb as unsafe for children. Giant Instant Oatmeal contained 760 ppb, and three samples of Cheerios contained concentrations of between 470 and 530 ppb.

250 million pounds of glyphosate are sprayed on American crops every year, but the highest concentrations of the chemical are found in non-GMO wheat, barley, oats, and beans. Farmers spray these crops with glyphosate right before harvest time, as they kill the crop and dry it out, making it ready for harvest quicker.

All oats are not equal though. The EWG also tested 16 cereals made with organically-grown oats. While five of these contained glyphosate, none were above the group’s health benchmark of 160 ppb. While organic foods should by definition be free of chemicals like glyphosate, these chemicals can often drift onto these crops from nearby fields of conventionally-grown crops, or at factories that handle both kinds of crop.

“Glyphosate does not belong in cereal,” said the EWG. The organization called on Americans to “urge the EPA to restrict pre-harvest applications of glyphosate and tell companies to identify and use sources of glyphosate-free oats.”

Meanwhile, despite several contradictory studies and a multi-million dollar payout, Monsanto’s parent company, Bayer, said last week that “glyphosate is safe for use and does not cause cancer when used according to the label.”

So I hoped you like the article - the original link is: https://www.rt.com/usa/436069-monsanto-weedkiller-cancer-cereal/