Chemotherapy is one of three main treatment protocols of conventional medicine, one which millions of people worldwide have been put through. In fact, virtually all of us know someone who suffered and finally passed on after a futile course of chemotherapy prescribed by his or her doctor. “Nothing more could be done anyway”, we are often told. Lately, a recent study in Britain has raised serious questions about chemotherapy, in particular the role it plays in hastening and even causing the death of late-stage cancer sufferers. 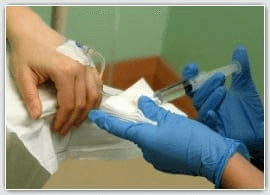 Details and Findings of Study
The study had been carried out by the National Confidential Enquiry into Patient Outcome and Deaths in Britain, whose members are mostly taken from British medical royal colleges. It had looked at the cases of 600 cancer sufferers in the country who had passed on within 30 days of treatment. The majority of the said patients had already been declared “incurable” by doctors, and had been put on chemotherapy for palliative purposes. And the study found that about 1 in every 4 of such deaths had either been sped up or even caused by chemotherapy. The study's findings also included the discovery that 2 out of every 5 of the patients had suffered significant poisoning from the treatment.

How Effective is Conventional Cancer Treatment?
The findings of this study would be of little surprise to many; in fact, some would even say chemo must surely have caused or hastened more than a quarter of the deaths. Chemotherapy, after all, as virtually everyone “knows”, is a severely toxic treatment method, and a person has to be “strong enough” to withstand it, which is extremely strange and illogical considering that cancer patients already have seriously compromised immune systems. There is, really, nothing intuitively right about the use of chemo to deal with cancer. But the study's findings do resurface telling questions regarding the efficacy of conventional cancer treatment. Any discourse on conventional versus alternative cancer treatment can stretch for quite a bit. Well regarded cancer researcher Lothar Hirneise, in his book Chemotherapy Heals Cancer and the World is Flat, puts forth what is perhaps an objective, non-dramatic and measured viewpoint on the lack of success of conventional cancer treatment protocols. He stated: “I would also like to explain an additional bias at the beginning of the book. I am neither for nor against conventional medicine and I am neither for nor against non-conventional medicine. I am exclusively concerned with people's welfare, and whatever contributes to regaining their health is all the same to me. If I have become more and more interested in non-conventional medicine in recent years, this has nothing to do with any prejudices or personal interests, rather it is due to the results of my own research which have convinced me that conventional medicine is not nearly as successful in treating chronic illnesses like cancer, as many patients, unfortunately, still believe.” Here is a side note - interesting and attention-grabbing though its title may be, the book, according to HealingCancerNaturally.com, is not quite what its name suggests it is. Instead, it is said to be “an ‘encyclopedic’ comparative reference and guide book as well as a fascinating read on both the holistic ‘alternative’ approaches to healing cancer and the conventional or orthodox allopathic treatment of the variegated forms of this disease”.

The (Lack of) Reliability of Conventional Cancer Statistics
When it comes to conventional cancer treatment, another key point to consider is the way its statistics are packaged. In her well-researched and well-written book “Outsmart Your Cancer”, Tanya Harter Pierce outlines 6 main ways in which cancer statistics are manipulated to make them look better than they are - she had obtained these findings mainly from the excellent work of Lorraine Day, MD, and Ralph W Moss, PhD. * “Cure" is defined as being alive 5 years after diagnosis. This means that a person could be very sick with cancer for 5 years and 1 day, after which he or she dies, and still be declared as “cured” by chemotherapy. Isn't this simply playing with words? * Certain types of cancer and certain groups of people which exhibit poor recovery rates are simply excluded from overall statistics. This artificially raises the average “cure” rate. * Easily curable cancerous and even pre-cancerous conditions are included in overall statistics. An example for the latter is ductal carcinoma in situ (DCIS), which was included in and now accounts for a significant portion of breast cancer statistics. This move artificially increases the overall recovery rate. * Earlier detection is taken to mean longer survival time. This means that a person may die at the exact same point of cancer development as another person, but the former is taken to have lived longer simply by virtue of the fact that his tumor was discovered earlier. In other words, different start points are used. Isn't this merely delusional? * Patients who fail to “complete conventional treatment protocols are excluded from overall statistics. This means that if a patient prescribed a 10-course chemotherapy protocol dies after 9 sessions, he is not included as a “failure” case. Control groups, however, play by different rules. This, again, artificially raises cure rates for conventional protocols. Isn't this totally unscientific? * Adjusting for “Relative Survival Rate”. This is perhaps best explained by Dr Moss: “Relative survival rates take into account the ‘expected mortality figures’. Put simply, this means that if a person hadn't died of cancer he might have been run over by a truck, and that must be factored into the equation.” Once again, this artificially raises the success rates of conventional treatment.


Conclusion
Taking into account the above mentioned, two main questions spring to my mind. Are cancer patients and their families informed of the fine print of cancer statistics when they are advised by their doctors to proceed with conventional cancer treatment, or when they are told that chemotherapy offers a such-and-such percentage of “cure” and is therefore their best (or only) option? And, if, even after such deliberately deceptive maneuvers, official conventional cancer statistics still read so poorly, how bad exactly would the real statistics read without the blatant manipulation? Intuitively, we probably know the rough answers. Ultimately, the choice to go conventional, alternative or a combination of both is a decision which lies and should continue to lie with patients and their families. It will be a sad day when sick people are forced to undergo any particular protocol, especially when, statistically speaking, the method does not even work. But a fundamental assumption underlying free will is the availability of perfect information, which unfortunately seems far from reality as far as cancer treatment is concerned. In choosing the type of cancer therapy to undergo, the above questions must be seriously considered by those affected. And if certain parties choose to present blinkered perspectives of reality, then it is up to cancer patients and their families to do as much as they can to patch up the remaining portions of that reality which are blocked from their view.