Chemical war against cancer goes back to WWI 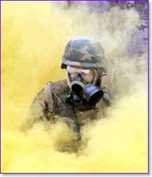 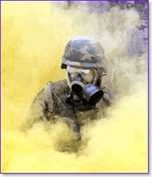 The chemical war against cancer goes back to the First World War
It is there, where chemicals that nowadays get handed to cancer patients in the form of tablets and ampoules were tested for the first time in actual field use. However one fought thereby not any cancer, but hostile soldiers.

The military called that stuff Mustard Gas – a derivative from the designation “Yellow Cross” on the packages. Those that breathed those murderous poisons died under horrible agonies. In the Second World War, it was discovered that this war gas predominantly attacked the bone marrow and lymph system, precisely those organs where white blood cells are formed and stored. Because of the fact that with leukemia and bone cancer the white blood cells proliferate, one began to use this war agent, in measured dosages, as medication against these forms of cancer. Today, this stuff is called “Lost” by the medical profession, an acronym derived from the manufacturers Lommel and Steinkopf.

Many of the medicines used today in the treatment of cancer, the so-called “Nitrogen Lost Connections”, are nothing more than chemically altered versions of the earlier war gases. Aside from those, poisons derived from mushrooms and plants are also employed.